Freebie Friday features books that look interesting to me and are FREE to download from amazon on this day. Some might be free after Friday as well.

For this Friday, I’ve picked six books in the YA, NA, Fantasy and Paranormal genres. 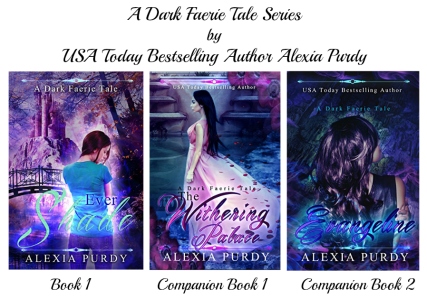 Let’s start with a magical three-in-one: three free books from one series.

DO YOU BELIEVE IN FAERY TALES?

A dark twist on faeries. For Shade, a chance meeting with a powerful Teleen Faery warrior who wields electrical currents and blue fires along his skin, has her joining him on a treacherous mission for the good Seelie Faerie Court across the land of Faerie.

Magic and malice abound and nothing is what it really seems to be.

Untold darkness rules the Unseelie realm of the Land of Faerie. Hidden in this vast area, Aveta, the future queen of the Unseelie Army, perfects her gifts over lifetimes. Learning that magic isn’t the only way to manipulate the world around her, this naive girl grows into a woman of strength and cunning, ultimately becoming one of the most feared leaders in Faerie.

The Land of Faerie is calling.

There are places unknown, magic lures you in and love spands lifetimes.

Don’t resist. It’s in the blood…

Have I read these books? No.

Why did I pick these books for Freebie Friday?

I was in a mood for something at least a little bit dark. This seems like an interesting set of books, especially the first companion book.

You can buy them here:

There’s a note after the Ever Shade blurb that makes me think the books will be free not only on this Friday. 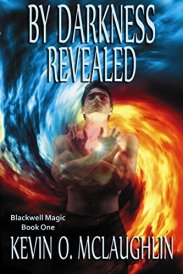 Ryan Blackwell thought to escape his magic by burying himself in the military college at Northshield, Vermont.

But Northshield University has a secret: a nexus of magical power that people will kill to possess.

Hiding his power becomes impossible. Instead, he finds himself in the midst of a deeper and more dangerous sorcery than he has ever encountered before.

Things spiral out of control, and soon only Ryan’s wit, will, and the talent he once hoped to leave behind stand between a nightmarish creature and everything he cares for.

There is more to Ryan than meets the eye. But even with the powers he controls, can he stand against this darkness, or will it swallow him whole?

The blurb makes it sound as if we’ll be following a strong main character facing through a difficult journey. I like the high stakes and the possibility of Ryan failing.

FREE on: September 2, but possibly after that as well 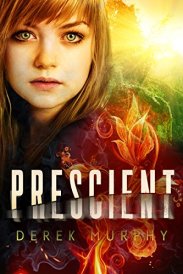 What if I told you you’d be dead in a year?

That a food corporation would experiment with genetic modification, and nearly destroy the human race. Would you believe me? Sounds crazy, right? Because nobody can see the future.

And what I see isn’t pretty.

Bodies rotting to nothing in the streets.

Humans on the brink of survival.

The wilderness eating away at what used to be my hometown.

A shadow organization rounding up children. Bands of warring tribes.

And let’s not forget the modifieds – the zombie-like remains of what used to be the human race.

Civilization is destroyed. There is no chance to undo the damage. No one can save the world… except me.

Because for me, it hasn’t even happened yet. For me, it might never happen.

The only thing is, the more time I spend in the future, the less I want to erase it. Stopping the future might break me… I’d be erasing a face, a smile, that I never want to forget.

The first thing that grabbed me was the cover. When I read the blurb, I thought “Nothing new, but it has potential”. The selling point for me was “I’d be erasing a face, a smile, that I never want to forget”. Whose face? Whose smile? Hers? A love interest’s? A dear friend’s smile? The face of a sibling that wouldn’t be born if she changes the future?

This book has been free for a while now so it will probably stay free after Friday. 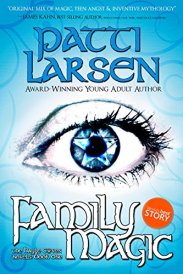 Her mom’s a witch.

Her dad’s a demon.

And she just wants to be ordinary.

I batted at the curl of smoke drifting off the tip of my candle and tried not to sneeze. My heavy velvet cloak fell in oppressive, suffocating folds in the closed space of the ceremony chamber, the cowl trapping the annoying bits of puff I missed. I hated the way my eyes burned and teared, an almost constant distraction. Not that I didn’t welcome the distraction, to be honest. Anything to take my mind from what went on around me.

Being part of a demon raising is way less exciting than it sounds.

Sydlynn Hayle’s life couldn’t be more complicated. Trying to please her coven, starting over in a new town, and fending off a bully cheerleader who hates her are just the beginning of her troubles. What to do when delicious football hero Brad Peters–boyfriend of her cheer nemesis–shows interest? If only the darkly yummy witch, Quaid Moromond, didn’t make it so difficult for her to focus on fitting in with the normal kids. Add to that her crazy grandmother’s constant escapes driving her family to the brink and Syd’s between a rock and a coven site. Forced to take on power she doesn’t want to protect a coven who blames her for everything, only she can save her family’s magic.

If her family’s distrust doesn’t destroy her first.

The first lines of the blurb – “Her mom’s a witch. Her dad’s a demon.” – reminded me of one of my own works in progress, so, naturally, I got curious. Besides, I like stories about demons and witches.

Don’t want to miss out on a Freebie? Follow my blog!

Have you already read any of these books and if so, what did you think of them?

If not, which are you getting?