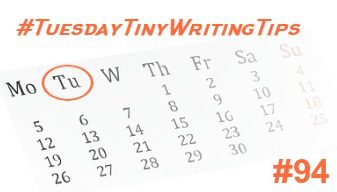 Yes, it’s a two-in-one tip, something that will help you fill in the plot holes and come up with new material: ask questions about your book.

You can start with The W Method for Discovering and Removing Plot Holes, but why stop there?

Keep asking questions. Make it a “what if” situation.

What if she says yes?

We get to the wedding and the ending of the book sooner.

What if she hesitates?

The male MC will notice that and this will add tension between them, which will add drama and make for a few more chapters than if she said yes.

What if she says no?

A no for good, means no HEA (happily ever after), which is my goal, so this can’t happen; a no later changed to yes would also mean a longer book than if she right out said yes and would give me an opportunity to work on them building a relationship over a longer period. This and hesitating would seem more natural because the female MC has a fear of commitment.

What if she proposes instead of him?

This would work even better because she is brave in every aspect of her life, except relationships – something she feels bad about. This option will show her boyfriend and the readers that she is ready to overcome her fears and that she’d do that for him, which will make for a bigger impact. The option seems like the best one and now that I have decided to use it, I’m going over his possible answers – yes, hesitation, no – to see which will work best with his character while keeping the ending a HEA.

Just because you might’ve originally gone for the classic boy proposes to girl, it doesn’t mean you can’t change it to add more drama (the one who is being proposed to hesitates or says no) and to suit your characters better (the girl asking instead).