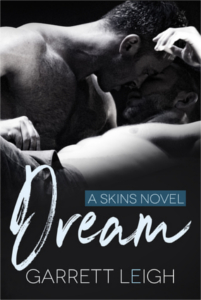 Note: This book can be read as a standalone

When unrequited love leaves Dylan Hart sleepless and nursing his wounds, instinct draws him to the one place he’s found mindless respite in the past—Lovato’s. It’s a place for every fantasy — for crazy-hot encounters — where a night of insane NSA sex brings relief to Dylan’s fragile feelings.

It should be a perfect escape, and for one magical night it seems that way, but then worlds collide, and reality bites when his hookup desperately needs a friend. Surely Dylan can’t trust his instincts when friendship has bruised his heart so badly before?

The deck is stacked against former ballet dancer Angelo Giordano ever finding real love. At least visiting Lovato’s offers respite from a life defined by illness; a glimmer of light in the dull grey of his so-called life without dance. But then he encounters Dylan — a glorious ray of the brightest sunshine — who makes his heart pound once more with purpose.

Angelo’s mind is blown by this man, but the disease that ended his career won’t let him bask in new love. He’s drowning, and Dylan can’t save him while insecurities swamp them both. The only way to make it means confronting their demons.

If Dylan can turn his back on the past, and Angelo can face his uncertain future, maybe they can chase their dreams together.

Another beautiful work by Garrett Leigh.

I’ve said this before, and I’m probably going to say it until I run out of books by this author, but the way Garrett writes her characters is captivating. The way she writes them as both individuals, and as a couple. If you are a writer and struggling with your characters, grab a few of her books to see how it’s done.

Like many of Garrett’s other novels, Dream has characters who have appeared in her other books, but can still be read as a standalone, because it either centres on characters that had had a small/secondary role before or on an entirely new stage in a character’s life. Still, if you want to read about pre-Dream Dylan, you can do so in What Matters.

But enough about the characters; let’s look at the story.

It’s more than just your average guy-meets-guy, they have casual sex, but then they find out there’s something more to them and that “casual” doesn’t really fit them. That’s because… Darn it: we are back to the characters, aren’t we?

They are just so real – with their own problems and struggles – that the way their relationship progresses seems natural. With ups due to their natural chemistry and with downs due to their insecurities or misunderstandings. Dream is one of those books that even though you know it’s a Romance – and some people claim that a book isn’t a Romance unless the MCs get their happily ever after together – you are still left wondering whether the characters would be able to overcome the obstacles and end up in each other’s arms for good.

Who would I recommend this book to? I’d recommend Dream to those of you who enjoy LGBT character-driven romances.

Would I re-read this book? Probably.

Other books by this author that I’ve already reviewed:

Have you read anything by Garrett?

17 thoughts on “What I Think about Dream by Garrett Leigh”