I’ve reviewed a total of thirty-five novels and short stories in 2017 – some of them came out that year, some are a bit older – and today I’m going to share my eight favorites with you. They are in the order of which I’ve posted their reviews. That’s why we are starting with…

In case you haven’t figured it out by all the reviews I post on this blog: I love reading.

If I were to let myself go and buy every book I wanted, I’d be broke in a week, probably even sooner. However, there are some books I desire more than others and since I think they’d be amazing reads, I decided to share them with you. This list is in no particular order and I tried to go for a bit of diversity so you’ll see three Fiction novels, a manga and a writing guide here, all of them by different authors.

Hitmage Alexi Sokolsky used to sling spells for the Russian Mafia. That was before the man he loved was murdered, before his boss tried to turn him into his vampire slave, and before he learned about the Organizatsiya’s dirty trade in supernatural children END_OF_DOCUMENT_TOKEN_TO_BE_REPLACED

I’ve read some amazing books in 2016 so I decided to share with you my favorites. Who knows: maybe they’ll become your favorites too?

I’ve written reviews for most of these books and I’ll link them here so you can get a better understanding of what each book is like. Just click on the titles of those you are interested in.

Now, in alphabetic order, here are six books I read and fell in love with in 2016: END_OF_DOCUMENT_TOKEN_TO_BE_REPLACED 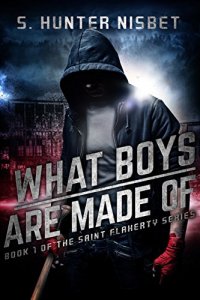 Nobody wants to be a murderer, but some don’t get the choice.

A second civil war has torn America apart, leaving Appalachia an isolated minefield ruled by cartels. In the town of Buchell, Simon “Saint” Flaherty cage fights for money—until the day a fight gone wrong leaves him a murderer.

His coach uses the publicity to set Simon up in the fight of his life in scarcely a month’s time, but physically ready doesn’t mean mentally ready. Still reeling from what he’s done, Simon will do anything not to kill again.

But Simon’s coach isn’t the only man in Buchell with an eye for talent. The cartels that keep a stranglehold over the mountains are scouting for new recruits, and the local kingpin has his eye on the teenager with the one-punch knockout.

With big money on the line and no way to escape, it’s time for Simon to learn to live with blood on his hands–before he ends up dead too.

What I think of the book: END_OF_DOCUMENT_TOKEN_TO_BE_REPLACED

If you are writing on Wattpad, you probably already know how tags can benefit your story; if not, here’s why you should use them.

The thing about the tags is that you have to use the right ones and that can get a bit tricky. That’s why I’m starting a new series – Wattpad Tags by Genre – which will be a list of useful tags for each of the genres available on Wattpad. Today we are going to cover Action, Adventure, Horror and Mystery/Thriller, but first, here are some general tips on tags: END_OF_DOCUMENT_TOKEN_TO_BE_REPLACED 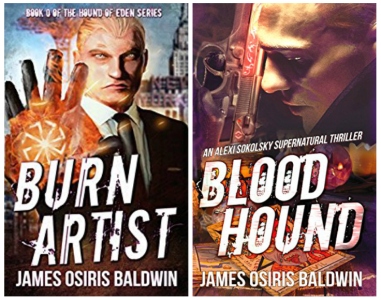 Burn Artist and Blood Hound – a prequel novella and Book I of the Alexi Sokolsky: Hound of Eden Series

Since it’s October, you are probably expecting some spooky books on my To Be Read list. Well… Not only. There’s a book that kind of ties to Halloween, what with the main character being dead and all, but I have several ARCs to review this month and reading those will take some time. So barely any Halloween books.

You might be thinking “Okay, Dilyana, you said several ARCs; are we getting more that one book review this month?”

Yep. You get not one, but END_OF_DOCUMENT_TOKEN_TO_BE_REPLACED

Freebie Friday features books that look interesting to me and are FREE to download from amazon on this day. Some might be free after Friday as well.

Since Halloween is coming up, I’ll be introducing you to books about witches, grim reapers, werewolves and the like. For this first part of the FREE Books Halloween Reading List, I’ve picked three funny works, each by a different author. Part Two will be up with more magical and paranormal FREE reads on October 21st. END_OF_DOCUMENT_TOKEN_TO_BE_REPLACED

In the ring, Regan has control. Outside the ropes, she fights to survive. END_OF_DOCUMENT_TOKEN_TO_BE_REPLACED