Today I’m going to introduce you to a new novel. It’s called Captive and is part of the Phantom series by Jenny Lynn. If you haven’t heard of the book… Well, no worries. I’ll give you some information about it before I share with you the sneak peek and, of course, the giveaway link. 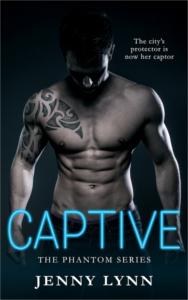 In the city of sin, who will be saved? END_OF_DOCUMENT_TOKEN_TO_BE_REPLACED 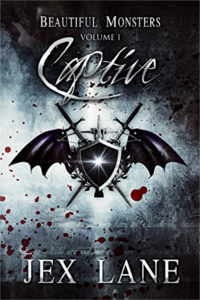 Matthew Callahan has spent seven years struggling against the insatiable hunger for blood consuming him. Unable to stop the vampire inside from preying on humans, he keeps himself confined to a lonely existence.

I’ve read some amazing books in 2016 so I decided to share with you my favorites. Who knows: maybe they’ll become your favorites too?

I’ve written reviews for most of these books and I’ll link them here so you can get a better understanding of what each book is like. Just click on the titles of those you are interested in.

Now, in alphabetic order, here are six books I read and fell in love with in 2016: END_OF_DOCUMENT_TOKEN_TO_BE_REPLACED

Captive – Volume One of Beautiful Monsters

Matthew Callahan has spent seven years struggling against the insatiable hunger for blood consuming him. Unable to stop the vampire inside from preying on humans, he keeps himself confined to a lonely existence.

Everything changes the night he is lured into a trap and taken prisoner by High Lord General Tarrick–a seductive incubus who feeds off sexual energy. Forced into the middle of a war between vampires and incubi, Matthew is used as a weapon against his own kind. Although he’s desperate for freedom, he is unable to deny the burning desire drawing him to the incubus general he now calls Master.

The first thing that comes to mind is: the parts that are good, are good, but there’s this one scene…

First off, in case you didn’t get that from the blurb and my warning: Captive is a book for a mature audience.